Benedikt Ley is a public health expert with a focus on diagnostics, Malaria and G6PD deficiency. He started his career in 2008 with the University of Vienna (Austria), based in Bangladesh working on infectious diseases in the Bangladesh / Myanmar border region.

He joined the International Vaccine Institute (Korea) based in Zanzibar and subsequently in Kenya focussing on typhoid fever. In 2012 Benedikt joined the Institute of Tropical Medicine, Antwerp (Belgium) where he worked on Salmonella spp. infections and in parallel completed his PhD in 2013 with the University of Vienna on the diagnosis of cholera and typhoid fever.

In 2014 Benedikt moved to Darwin, Australia, and joined the Menzies School of Health Research where he focuses on Malaria and G6PD deficiency. He also teaches in Menzies Postgraduate Public Health programs for Charles Darwin University and coordinates the Vivax Working Group of the Asia Pacific Malaria Elimination Network (APMEN).

Details on his scientific output to date can be found here. 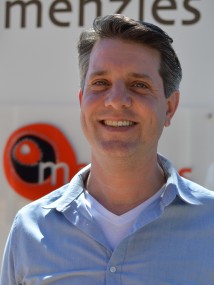