Michelle completed her PhD at the University of Melbourne, with Prof James Beeson in 2012 with a focus on developing methods to study Plasmodium falciparum malaria parasite invasion of red blood cells. These studies included investigating mechanisms and inhibitors of invasion with a focus on progress towards vaccine and drug development. Michelle received a Premiers Award for Health and Medical Research, commendee award for these studies in 2013.

Following her PhD, Michelle was awarded a NHMRC Early Career Development, CJ Martin Award and completed a two-year post-doctoral position at University of California, San Francisco. With a focus on cellular immune responses in naturally exposed populations, her work identified a number of age- and malaria exposure- dependent changes to T cells that contribute to naturally acquired immunity. In 2015, she received the Australian National Associations of Research Fellows - Postdoctoral Investigator Award.

Michelle has now returned to Australia and is an honorary fellow at Menzies School of Health Research as well as a research officer at the Burnet Institute. She is working on collaborative projects between the two institutes to identify mechanisms contributing to the acquisition of immunity against multiple malaria species in the South East Asia region. 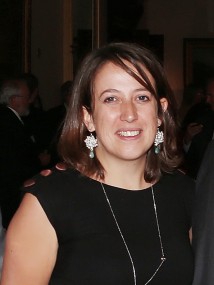