Renae works for the Northern Territory Diabetes in Pregnancy Partnership and is involved in evaluating models of care for diabetes in pregnancy across the NT. Prior to this she worked for Menzies Centre for Child Development and Education in an Indigenous Parent-Child research program which she helped deliver in remote communities throughout the Top End and Torres Strait.

Renae holds a PhD in Public Health and Rural Health through the University of Adelaide, which explored the roles of specialised Aboriginal Maternal Infant Care (AMIC) workers in the Aboriginal Family Birthing Program in Port Augusta, South Australia. Using a qualitative methodology, her research aimed to increase the understanding of the role of the AMIC workers and to explore how they manage the interface between the biomedical model of maternity care and Aboriginal knowledge and beliefs about reproductive health. 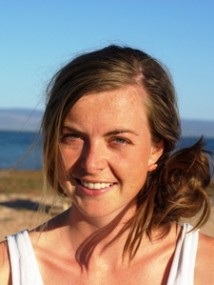