PhD, University of Sydney, 1999; Fellow of the Royal Australasian College of Physicians, 1975; Fellow of the American Academy of Pediatrics, 2009; American Boards in Pediatrics, 1974; American Sub-Boards in Perinatology and Neonatology, 1977; Diploma of Child Health, Royal College of Physicians and Surgeons (Glasgow), 1970; Bachelor of Medicine and Bachelor of Surgery, University of Sydney, 1968.

The passing of Associate Professor Sue Sayers in March 2016 was an occasion of great sadness for so many across the Northern Territory.

Over 40 years, predominantly based at Menzies and Royal Darwin Hospital, Sue pursued a career as a paediatrician and researcher. She established the Aboriginal Birth Cohort (ABC) Study in 1987, including 686 babies born at Royal Darwin Hospital. Over the subsequent 30 years, she invested her boundless energy in following this cohort in successive waves in 40 communities across Northern Australia. In recognition of her remarkable contribution, Sue was awarded the Menzies Medallion in 2013.

In recent years, past the age where many might have retired, Sue conceived new research ideas and approaches to community engagement in research. She was the driving force behind the HealthLAB; an interactive and educational health program in the form of a mobile laboratory, which we have taken to all corners of the NT so students and communities can learn about their own health.

Sue has also been a keen proponent and supporter of the Menzies traineeship program as she strongly pushed for trainees to be involved in our outreach work to schools and young people across the NT.

Sue has left an indelible mark on the landscape of Aboriginal health and will be missed by all. 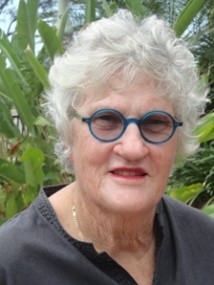