The Life Course Program is a prospective, life course study investigating the causes of non-communicable chronic diseases with special emphasis on early causes and preventative interventions.

The Life Course Program encompasses two cohort studies, the Aboriginal Birth Cohort (ABC) study and the Top End Cohort (TEC) study. The ABC study is the longest and largest study of Aboriginal and Torres Strait Islander people in Australia and is now in its 30th year.

Researchers have been following the health and wellbeing of 686 Indigenous and 196 non-Indigenous people from birth through childhood, adolescence and into adulthood with regular, comprehensive health checks conducted at their place of residence. The current follow-up commenced in 2019.

As a prospective course study, the main aim is to assess the effect of early life factors, birth, childhood and adolescence, on later physical and mental health and to examine which factors influence these across the life course.

This study seeks to identify those who are most at risk of developing chronic conditions, such as diabetes, heart and kidney disease and mental health problems.

The life course program commenced in 1987 when the late Dr Susan Sayers (AO) founded the ABC study. The main aim of the study was to assess the impact of fetal growth restriction (FGR) within the womb on subsequent growth and development of chronic diseases in adulthood.

Between 1987 and 1990, Dr Sayers recruited 686 babies born to mothers who identified as Aboriginal at the Royal Darwin Hospital. Maternal, perinatal and neonatal data were collected. The cohort represents more than half (55 percent) of the entire 1238 eligible Aboriginal infants in the NT over this period.

The paucity of health information in teenage and young adulthood, directed us to recruit an age and birth place matched cohort of non-Indigenous people who now form the Top End Cohort (TEC). Between November 2007 and September 2009, 196 non-Indigenous people, who were born in the Darwin region and residing here at the time, were recruited. Participants were born in Darwin between 1987 and 1991. We did not include those born to Indigenous mothers, as this was already covered by the ABC.

This follow-up, led by Dr Gurmeet Singh, occurred when participants of the ABC and TEC were 24 years on average. A wide range of health data was collected, including body measurements (weight, height, head, mid upper arm, waist circumference and skinfold), renal (size and function), metabolic, cardiovascular, haematological and socioeconomic measures. Questionnaires were used to assess lifestyle habits including smoking and alcohol use. Specifically designed questionnaires were developed to assess emotional wellbeing and dietary intake. This wave also included sub-studies to check hepatitis B immunity and iodine status which provided iodine levels both pre (Wave-3) and post the national mandatory fortification of iodised salt in bread.

The fifth wave of data collection for this unique cohort will commence in 2019 and continue through to 2020. Participants of both the ABC and TEC will be aged between 28-33 years and researchers will again be travelling to over 40 communities, both urban and remote, across the Top End.

As in previous follow-ups, participants will undergo a comprehensive health check, including:

If you are a part of the cohort and would like more information on what you can expect when we see you, please visit our website or email.

Collaborations, past and present:

For more information on the study and/or the current wave of data collection, please contact Belinda Davison, Project Manager via: 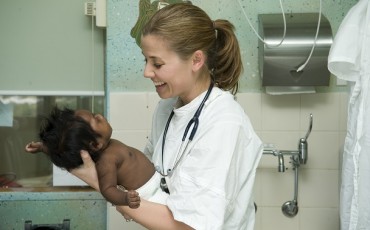