Mother's day is a documentary made in response to a request from a young man who wanted to show the impact of kidney disease on Aboriginal people from remote areas. When Ronald Morgan (Ronno) was four years old, he became the first Aboriginal child to receive a mother to child kidney transplant. Twenty four years later that kidney failed and Ronno was facing the prospect of relocating thousands of miles away from his home and family in order to commence dialysis.

Menzies School of Health Research has filmed and documented his real-life journey showing what it means to face kidney failure, being displaced from community and separated from family and the challenging processes associated with kidney transplantation.

The documentary was made by award winning film maker’s Brendan Fletcher and Paul Bell who have a long standing relationship with the Morgan family.

Filming commenced in early 2013 and followed Ronno on an often tumultuous journey, as his clinical condition and treatment requirements dictated his movements between his home community of Wyndham and Perth, Western Australia.

On Mother's day in 2014 Ronno received a deceased donor kidney transplant, providing a bitter sweet end to this documentary. 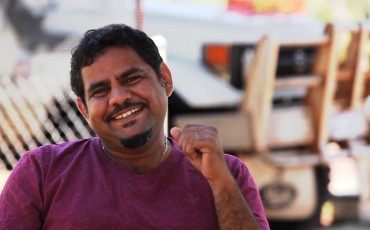 Learn more about our kidney research

Kidney disease has huge impacts on patients and their families, and for the majority of people, severe kidney disease can be prevented.