Sian Graham is an Indigenous woman from the Balladong area near Perth and One Arm Point community out of Broome.

Born and raised in Darwin, Sian has strong links throughout the NT and Western Australia (WA) where she has lived and worked in remote communities.

In 2009, Sian commenced her career as a researcher at Menzies. After three years, she was inspired to build on her career. She found she had the knowledge, connection and skills, but no documentation to back up her skillset. In 2013, she ignited her education journey by enrolling in a Certificate IV in Indigenous Research Capacity Building.

“This was one of the scariest things I had ever done in my life but I was determined to battle my demons and to pursue a higher education,” Sian said.

In 2016, Sian completed her degree and is enrolled in an Honours degree at CDU. But she won’t stop there; her goal is to complete a Masters, followed by a PhD. She hopes to lead her own qualitative research and manage an all- Indigenous research team at Menzies.

Sian is passionate about working with her people. She has a strong commitment to Indigenous health issues and takes great satisfaction in knowing that she is working towards better health outcomes and stronger futures for her mob. 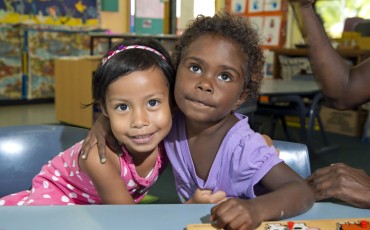