Congratulations to Rachel Conn and Zeina Hayes who have been awarded the 2013 Val Ashe Prize for Academic Excellence.

Both students consistently achieved very high grades and are highly regarded by their lecturers. They were awarded a certificate and a book voucher to the value of $200 as part of the Menzies Annual General Meeting on 13 May, 2014.

Rachel qualified as a Social Worker through Melbourne University in 2001, and since graduating has worked in community mental health services. She enrolled in the Master of Public Health degree in 2006, a year after moving to Darwin from Victoria. Her motivation included learning more about the factors that influence the distribution and experience of health and illness, with particular interest in how these impact on the mental wellbeing of Indigenous populations.

The arrival of a son in 2008 coincided with the completion of the core units of the MPH and marked a hiatus in Rachel's studies. Upon resumption, the search for electives with a mental health focus led her to undertaking several units cross-institutionally. A second child conveniently arrived during a mid-semester break in 2012.

Rachel has found that her theoretical learning informs her clinical practice, and intends to explore opportunities to work in different roles in the mental health field as she increases her participation in the workforce

After completing her Bachelor of Nursing and a graduate year in Victoria, Zeina moved to the Northern Territory to work closely with Aboriginal people. She worked at Royal Darwin Hospital for five months, before securing employment with Menzies School of Health Research which appealed to her as she was really keen to work "out bush" but being a fairly new nurse, didn't have the general nursing experience to do this.

After three months an internal email came around the office announcing the Menzies staff that were graduating. Her manager at the time asked if she had ever thought about doing post graduate study and she decided it might benefit  in her job.

The Graduate Diploma in Public Health really gave her a greater understanding of her role in clinical trials and the health needs of minority groups, such as the Indigenous people she was working with on a day-to-day basis.

In May 2013, she was  offered a job with Alan Walker Cancer Care Centre as the clinical trial coordinator which included 13, phase 2 and 3 trials and which allowed her to apply the skills from the research subjects into real use.

She then headed home to Victoria and was working as a RN at a large rural hospital before recently moving to Geraldton in WA and is hoping to find work within the Public Health field, specialising in Indigenous Health. She is passionate about Public Health and hopes to complete the Masters at a later stage and volunteer or work in some of the poorest areas in South East Asia. 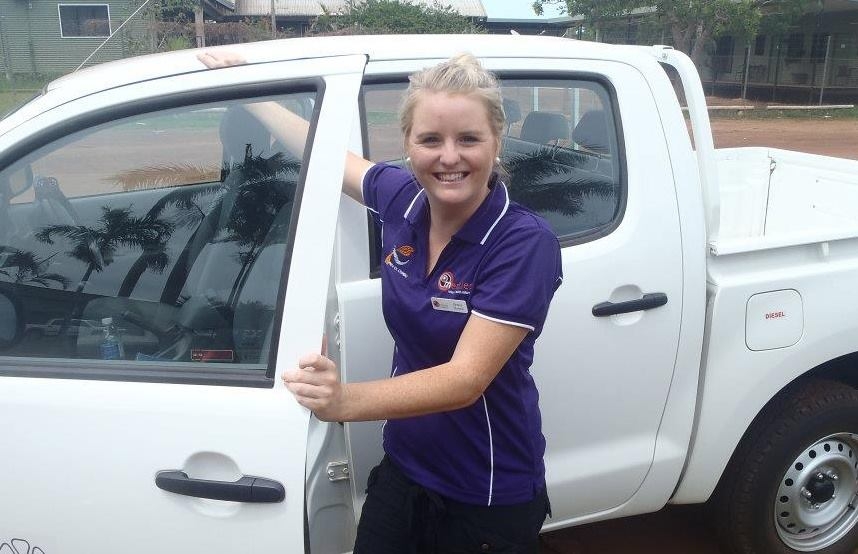 Zeina during her time at Menzies as part of the ear health team. 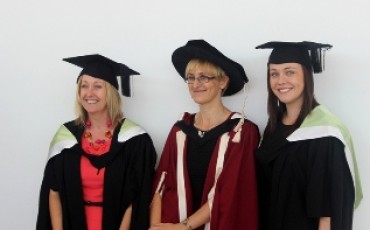 Learn more about studying with Menzies

Visit education and training to see how you can further your career.