Influenza is a common infection affecting millions of people each year. When new strains of influenza emerge, a large proportion of the community can be severely affected and many may die (particularly the elderly and those with other medical conditions), as occurred with the swine flu pandemic in 2009.

Indigenous populations in Australia and elsewhere appear to be particularly vulnerable to severe influenza infections. 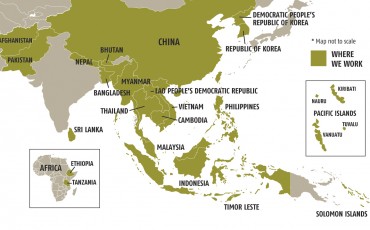 Find out where we help save lives.

Menzies works with international partners to reach its global neigbourhood.