Malaria is a major cause of death in the Asia-Pacific, infecting around 250 million people each year.

The Menzies malaria research program spans a broad range of research activities aimed at both prevention and treatment, from epidemiology, diagnosis, pathophysiology, immunology, molecular parasitology, clinical trials, and evaluation of the impact and cost-effectiveness of public health interventions.

We work on all five species of the Plasmodium parasite that cause human malaria, with a particular focus on the three that cause most disease and death in the Asia-Pacific region: P. falciparum, P. vivax and P. knowlesi. 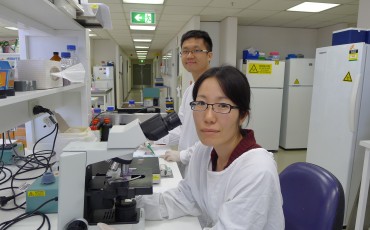