The Human Research Ethics Committees of the Northern Territory described here are registered with the Australian National Health and Medical Research Council (NHMRC) and operate in accordance with the NHMRC’s National Statement on Ethical Conduct in Human Research (2007).

The integration of NT Health–Menzies HREC and Central Australian HREC will see a new NT HREC providing a single point of application and independent review for all human research studies being conducted in NT Health facilities or at the request of organisations based in the NT, as well as studies being conducted in the NT by external organisations.
The move to a single NT Health HREC builds on other achievements designed to create a vibrant research environment in line with national developments that have occurred over recent times. The NT Health HREC will be committed to equity across all regions in the NT, ensuring appropriate local contextual knowledge is incorporated in the review process.

The NT HREC is registered with the NHMRC and certified for multi-site review.

The NTHREC will review all research applications from:

The NT HREC consists of a main committee and several sub-committees:

CDU HREC will generally review projects from staff and students of CDU and their collaborators who will be conducting their human research in any field in the Northern Territory. Occasionally it may be necessary for a researcher to obtain CDU ethics clearance as well as approval from the NTHREC e.g. CDU researchers actively accessing NT Health sites; Menzies students enrolled through CDU.

CDU projects seeking access to existing NT Health data without engaging actively with NT Health participants do not require NTHREC approval. CDU-driven projects that will only be accessing NT Health existing data and not engaging with NT Health sites should apply for ethics clearance from the CDU HREC, followed by Site Specific Assessment from NT Health Research Governance Office.

CDU-driven projects that will be actively accessing NT Health sites including patient participants, NT Health staff, or NT Health service providers should apply to the NTHREC for review in the first instance and then reciprocal executive approval from CDU HREC.

Instructions for CDU reciprocal approval can be found on the CDU Ethics website. The application will be processed as a reciprocal application with executive review but will not hold up the project, i.e. the student can start data collection once granted NT HREC clearance ahead of being approved by the CDU HREC. 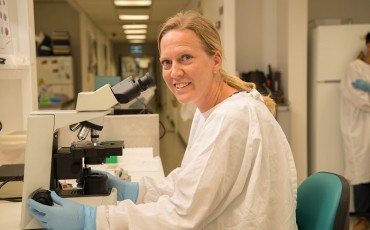