Between 2000 and 2001, over 200 people were admitted to Northern Territory (NT) hospitals for psychological problems related to petrol sniffing.

Suicides were responsible for approximately 25 per cent of petrol sniffing related deaths in Central Australia during 1998–2003.

Petrol sniffing has been a major source of illness, death and social dysfunction in Indigenous communities over the past few decades. Sniffers start to experience feelings of euphoria, relaxation, numbness and weightlessness, but often end up with serious and irreversible brain and organ damage. The part of the brain that controls movement and balance is damaged and, eventually, users cannot walk or talk properly. Many sniffers end up in a wheelchair with severe, long term brain damage.

Sniffing also leads to behavioural and social problems and sniffers often get into trouble with the law for vandalism, violence, robbery and sexual assault. They find it difficult to stay at school and hold down jobs.

Poverty, boredom, unemployment, feelings of hopelessness and despair have contributed to the problem, aided by the low cost and ready availability of petrol. However, with the introduction of the federal Petrol Sniffing Prevention Program, including the roll out of Opal Fuel, and the NT Volatile Solvent Abuse Prevention Legislation, significant reductions in petrol sniffing in remote communities have been observed. 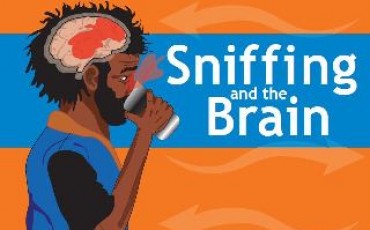 View our resource portal to assist with educating communities about smoking, alcohol and other addictive behaivours.