Dr Peter d'Abbs is an Honorary Fellow specialising in substance misuse studies at Menzies School of Health Research, and Honorary Professor at University of Queensland's School of Public Health.

He is a sociologist with a research background in alcohol and other drug policy issues and in program evaluation, much of it conducted in Northern Australia.

In recent years he has conducted evaluations of alcohol management plans and other initiatives to reduce alcohol problems in Tennant Creek, Katherine, Groote Eylandt and Gove Peninsula, all in the Northern Territory, and in Derby (WA) and Mt Isa (QLD). He has co-authored a review of interventions into volatile substance misuse, and is currently engaged in a national evaluation of the rollout of low aromatic fuel in communities affected by petrol sniffing.

From 2001 to 2010 he was a director of the Alcohol Education and Rehabilitation Foundation (AERF – subsequently renamed Foundation for Alcohol Research and Education), and in 2007 he was placed on the Honour Roll of the National Drug and Alcohol Awards for his research into substance misuse in remote and regional settings. 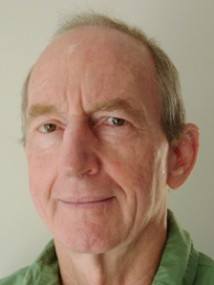