Professor Nicholas Anstey is an infectious diseases physician at the Menzies School of Health Research in Darwin.

He collaborates with clinical research programs in Sabah, Malaysia; Timika, Papua, Indonesia; and with malaria networks in the Asia-Pacific and Africa.

The goal of his translational research program is the reduction in morbidity and mortality from malaria and tuberculosis. A major clinical research focus is on the pathophysiology, immunology, treatment and prevention of uncomplicated and severe malaria from the three major species causing malaria deaths in our region: Plasmodium falciparum, P. vivax and P knowlesi.

Nick was announced as the recipient of the inaugural Gustav Nossal Medal from the Australian Academy of Science in November 2014. Nick was awarded the Medal for his contributions in tackling the global burden of malaria. (The Gustav Nossal Medal recognises research of the highest standing in the field of global health, and is awarded by Australia’s peak scientific body.)

Through ongoing collaborations with national and international networks he aims to continue to link basic, clinical and field research to develop new preventative and treatment strategies for malaria. 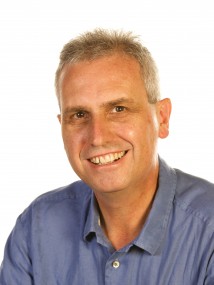