Outcomes of RRT are also worse for Indigenous Australians, once demographic, comorbidity and residential remoteness are accounted for. They are much less likely to get a kidney transplant. Kidney disease is a major burden during life for Indigenous Australians and their communities, and also accounts for 15.8 per cent of Indigenous deaths between 2008 and 2012 (using underlying or associated causes), contributing 5 per cent of the total disparity between Indigenous and non-Indigenous mortality (using underlying causes only).

The use of area-level socioeconomic status measurements using ABS Socio-Economic Indices For Areas (SEIFA), particularly the Index of Relative Socioeconomic Advantage and Disadvantage (IRSAD), is well-established in the Australian health epidemiology literature.

To our knowledge it has not been applied to Indigenous or non-Indigenous health outcomes data before. 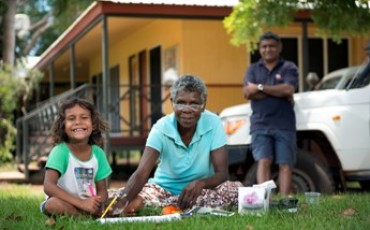 All donations are directed towards our core work on behalf of disadvantaged communities in Australia and the Asia-Pacific.