Prof Garvey has experience and expertise in leading successful national research programs such as the national Centre of Research Excellence in Discovering Indigenous Strategies to Improve Cancer Outcomes via Engagement, Research Translation and Training (NHMRC #1041111 2012-2017) and a Cancer Council NSW funded Strategic Research Partnership (#SRP13-01 2012-2017) both aimed at improving cancer control for Indigenous Australians. Prof Garvey leads work in psychosocial aspects of cancer care for Indigenous Australians. For example, she developed and validated a new tool to measure the unmet support needs of Indigenous cancer patients and is currently translating this tool in cancer centres across Australia; and is conducting a study to understand and measure the relevant dimensions of quality of life for Indigenous people, which is important for developing/evaluating health interventions.

Prof Garvey’s strengths lie in her leadership, nationally and internationally and her collaborative approach to bringing key stakeholders, such as Indigenous consumers, researchers, and clinicians together to achieve common goals. This is demonstrated in her vision and leadership in conducting the first Roundtable to identify research priorities in cancer for Indigenous Australians (2010); establishing the National Indigenous Cancer Network (2013) in collaboration with Cancer Council Australia, the Lowitja Institute, the Indigenous Health InfoNet and Menzies School of Health Research; and instigating and convening the inaugural World Indigenous Cancer Conference in partnership with the International Agency for Research in Cancer (IARC) (Brisbane, 2016). Additionally, Prof Garvey has established an international collaborative research program of work with IARC on cancer and Indigenous people globally. 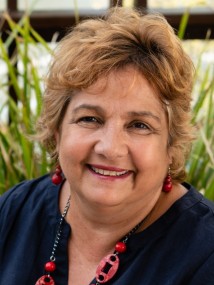