Derek is interested in the research areas of antibiotic resistance, in vivo evolution of pathogens, next-generation sequencing technologies and bioinformatics. His current primary research area is Burkholderia pseudomallei, a bacterium hyper-endemic to the soil in the Northern Territory and the causative agent of the potentially deadly disease melioidosis.

B. pseudomallei is classed as a select-agent by the United States Centers for Disease Control and Prevention, similar to the pathogens Bacillus anthracis (anthrax) and Yersinia pestis (plague). Antibiotic resistance is of great concern in melioidosis as B. pseudomallei is sensitive to only a handful of drugs, severely limiting treatment options. In addition, the mortality rate is alarmingly high, especially in Thailand, at around 50 per cent. Our previous work has characterised several mechanisms of antibiotic resistance in B. pseudomallei and in addition our research has developed diagnostic tests capable of rapidly (within a few hours) identifying an antibiotic resistant infection.

Derek’s second area of expertise and interest is in next-generation sequencing technologies and bioinformatics. Recently, he was involved in the investigation of the anthrax outbreak in heroin users in Europe. The work traced the most likely origin of the anthrax to a cutting agent from Turkey, which differed from the forensic team’s original hypothesis of Afghanistan. The research was the first instance of using bacterial genetics and bioinformatics to trace the source and smuggling route of an illicit drug. 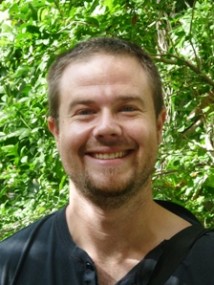