Dr Daile Lynn Rung MEd, PhD is a research fellow at Menzies. Before coming to Menzies, Daile was the senior policy officer with the Northern Territory Government’s Office of Gender Equality and Violence Reduction. She has also worked as an education lecturer and researcher at Charles Darwin University and as an ESL teacher in South Korea and Thailand.

She completed two Master of Education (MEd) degrees from the University of Sydney: MEd (International Education) in 2010 and MEd (Research) in 2012 and in 2018 completed her PhD from Charles Darwin University. Her PhD research explored the everyday emotional and material labour done by people with ‘non-citizen’ status as they move across international borders under various degrees of choice and resettle in Australia.

Daile is an early career researcher with experience in diverse international contexts including, Australia, America, Thailand and South Korea. She has published several papers in international peer-reviewed journals and serves as a reviewer for numerous academic journals. Her research interests broadly concern the social, health and cultural consequences of neoliberal globalisation with a particular focus social policy, social inclusion, citizenship, transnational migration and gender equality. Her work is informed by postcolonial feminist and decolonising research approaches to explore the health, wellbeing and social inclusion outcomes of marginalised populations, including refugees, migrants, Aboriginal and Torres Strait Islanders and LGBTQIA+ communities. 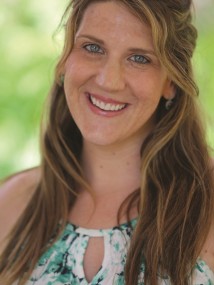