All foods and drinks consumed by the child over four consecutive days were recorded in daily food records and pictures or videos.

Dietary intake data were collected from three girls and five boys aged 11 months to eight years, five during four days and three during one day at a cost of $3,300 per child.

The findings from this study provide insights into further development of an appropriate approach for measuring individual intake in remote communities.

Use of electronic recording to aid individual usual dietary intake data collection was well accepted by participants but was labour intensive. The use of photos or video was important to complement the food record data.

Collection periods longer than four days and spread over 1-2 weeks may be more appropriate to minimise dietary intake day-to-day variance. 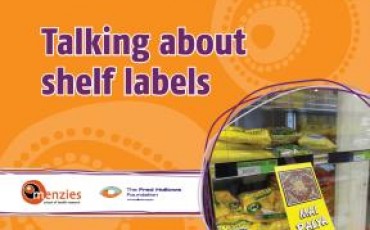 Visit our resource portal to assist with educating communities about nutrition.