Professor Silburn is a national leader in clinical, epidemiological and evaluative research in child development and education, youth mental health and suicide prevention. Over the past 10 years he has been a chief investigator on research grants totalling over $35m and an author of 75 scientific publications and reports.

He was a chief investigator on the Western Australian Aboriginal Child Health Survey of over 5600 children, young people and their families. This reported the first independently validated data on the extent of the inter-generational effects of forced separation on the health and wellbeing of the current generation of Aboriginal children and their families.

Professor Silburn was responsible for the validation studies for the establishment of the Australian Early Development Index (AEDI) and its adaptation for use with Aboriginal and Torres Strait Islander children. He is currently leading an evaluation of the Northern Territory Department of Education and Training’s Strong Start-Bright Futures Indigenous education reforms now being implemented in eight communities across the NT.

He has served on several national, state and territory advisory boards and been active in policy advocacy in the areas of the developmental health of Indigenous and non-Indigenous children and suicide prevention. 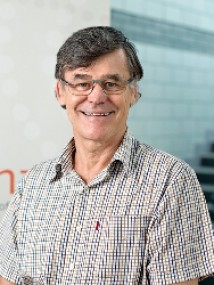