Professor Paul Lawton is Professor & Director of Renal Medicine with Alfred Health and Monash University. Now an Honorary research fellow at Menzies he is a kidney specialist who has worked as a clinician across the Northern Territory since 1999, including four years as Director of NT Renal Services.

In his work at the Menzies School of Health Research in Darwin, he addresses questions about the health care and outcomes for First Nations Australians not only in the Northern Territory but also nationally, using larger already existing clinical, registry and administrative datasets, including some data linkage. Where aren’t we doing well for First Nations Australians in the health system, why aren’t we, and how can we do better? 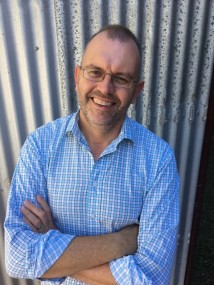