On 1 June 2012 the Department of Health and Ageing appointed the Menzies School of Health Research to conduct a national consultation process to inform the development of a National Aboriginal and Torres Strait Islander Suicide Prevention Strategy.

Menzies worked in partnership with the National Aboriginal Community Controlled Health Organisation (NACCHO) to conduct a series of community forums at selected locations in all states and territories.

Following the community consultations, a national workshop was held in Canberra in October 2012 where experts and key stakeholders discussed and provided feedback on a preliminary draft of the Strategy.

Menzies presented a draft National Aboriginal and Torres Strait Islander Suicide Prevention Strategy and Final Report on the consultations to the Department of Health and Ageing in December 2012. The Strategy, which aims to reduce the cause, prevalence and impact of suicide on Aboriginal and Torres Strait Islanders, their families and communities, was launched in May 2013.

For further information about the consultation, please email. 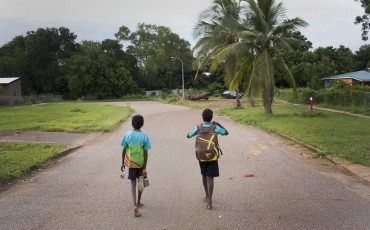