Paul has lived and worked in Darwin since 1987, attracted north from Brisbane by the lure of opportunity in the Northern Territory.

He has worked in media with ABC Radio for close to twenty years, he has also had roles in managing Surf Life Saving Northern Territory and prior to joining Menzies was a Community Relations Coordinator with JKC LNG Australia on the construction of the INPEX lchthys LNG Project in Darwin. 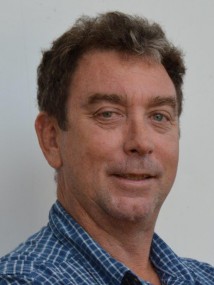