Catherine Stoddart served as the CEO of the NT Department of Health from 2017 - 2021. She was previously the Deputy Chief Executive and Chief Nurse at Oxford University Hospitals Foundation Trust in the National Health Service in the United Kingdom from March 2014. Catherine has held positions across health including Chief Nurse and Midwifery Officer of Western Australia, Regional Director for the Kimberly region, Western Australia Country Health Service (WACHS), Executive Director Nursing and Midwifery WACHS, and Director Clinical Reform WA Health. Catherine is committed to ensuring that Territorians are healthy and have access to high quality care right across the Northern Territory.

As a Nuffield Fellow (2000) and a Churchill Fellow (2006) she reviewed models for isolated clinical practice in Alaska and Canada, focusing on Indigenous communities. She is Visiting Professor of Nursing at Oxford Brookes University and Associate Professor at Edith Cowan and Notre Dame Universities.

Catherine has a Bachelor of Science (Nursing), a Master of Project Management and a Master of Business Administration. She was awarded the 2011 Telstra Western Australia Business Woman of the Year for a range of leadership development and Aboriginal employment programmes across health. In September 2013, she received the Public Service Medal in recognition of her contribution to health and innovative global community health volunteering programmes. 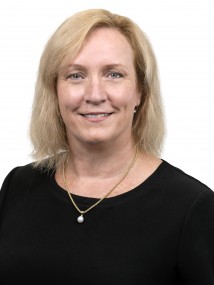